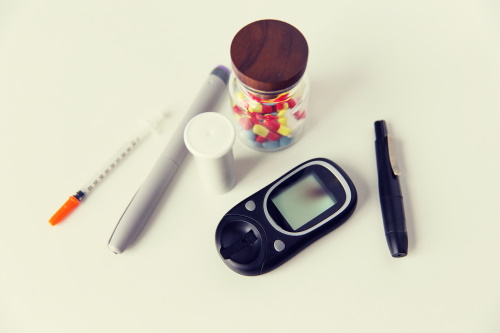 What can be done to counter the rise of diabetes in Kentucky?

Nearly half of Kentucky adults have either diabetes or prediabetes. But far too many don’t know it. In a new documentary, KET shines a light on the alarming numbers of people with undiagnosed diabetes or pre-diabetes and shows how Kentuckians are working to reduce those rates.

Currently, more than 30 million people nationwide have diabetes and 84 million have prediabetes, meaning that their blood sugar is higher than normal. Type 2 diabetes, often linked to one’s diet and lifestyle, account for about 90 percent of all diabetes cases. And health officials say they’re worried to be seeing type 2 diabetes in increasingly younger patients.

But there’s room for hope: With lifestyle changes and proper care and support, diabetes can be controlled and, in some cases, prevented or delayed, health officials say.

A studio discussion will follow the 30-minute documentary, hosted by Dr. Wayne Tuckson of Kentucky Health.

The program was funded in part by a grant from the Foundation for a Healthy Kentucky.

Lexington, KY Lion's Club
The Bluegrass Lions Diabetes Project is made possible through a grant from the Lions Clubs International Foundation

Designed and Hosted by McNee Solutions